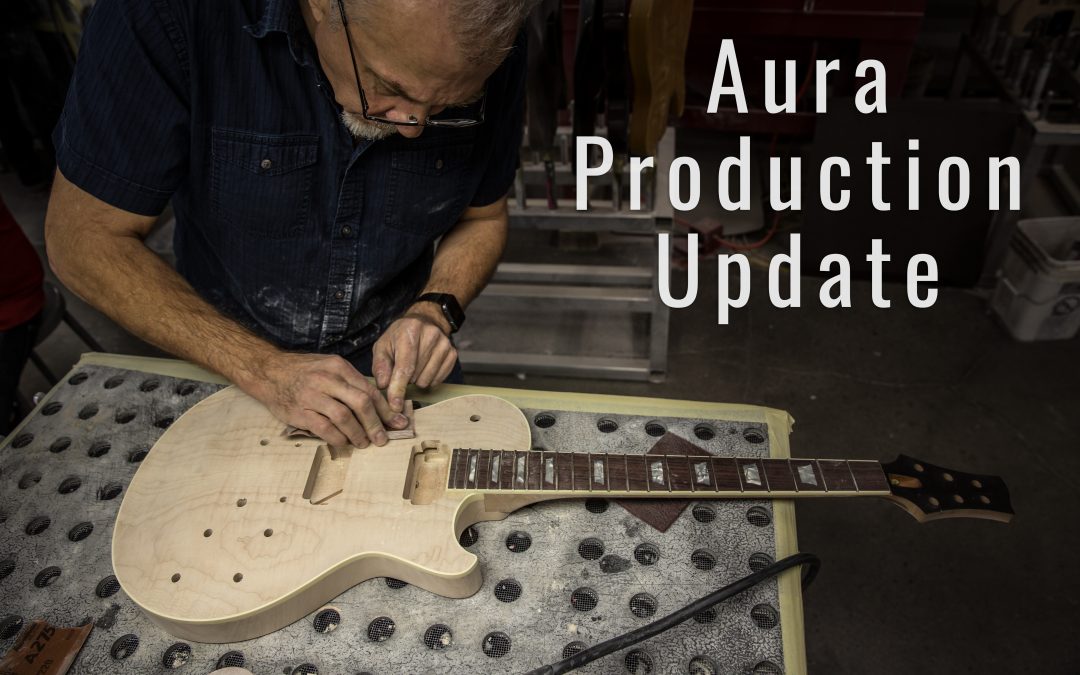 Last year, in celebration of Suhr’s 20th anniversary we announced a new single cut guitar, the Aura. We know that many of you are eagerly anticipating the arrival of your Aura, so as production ramps up and guitars begin to ship, we wanted to take a moment to give you an update on how things are going. 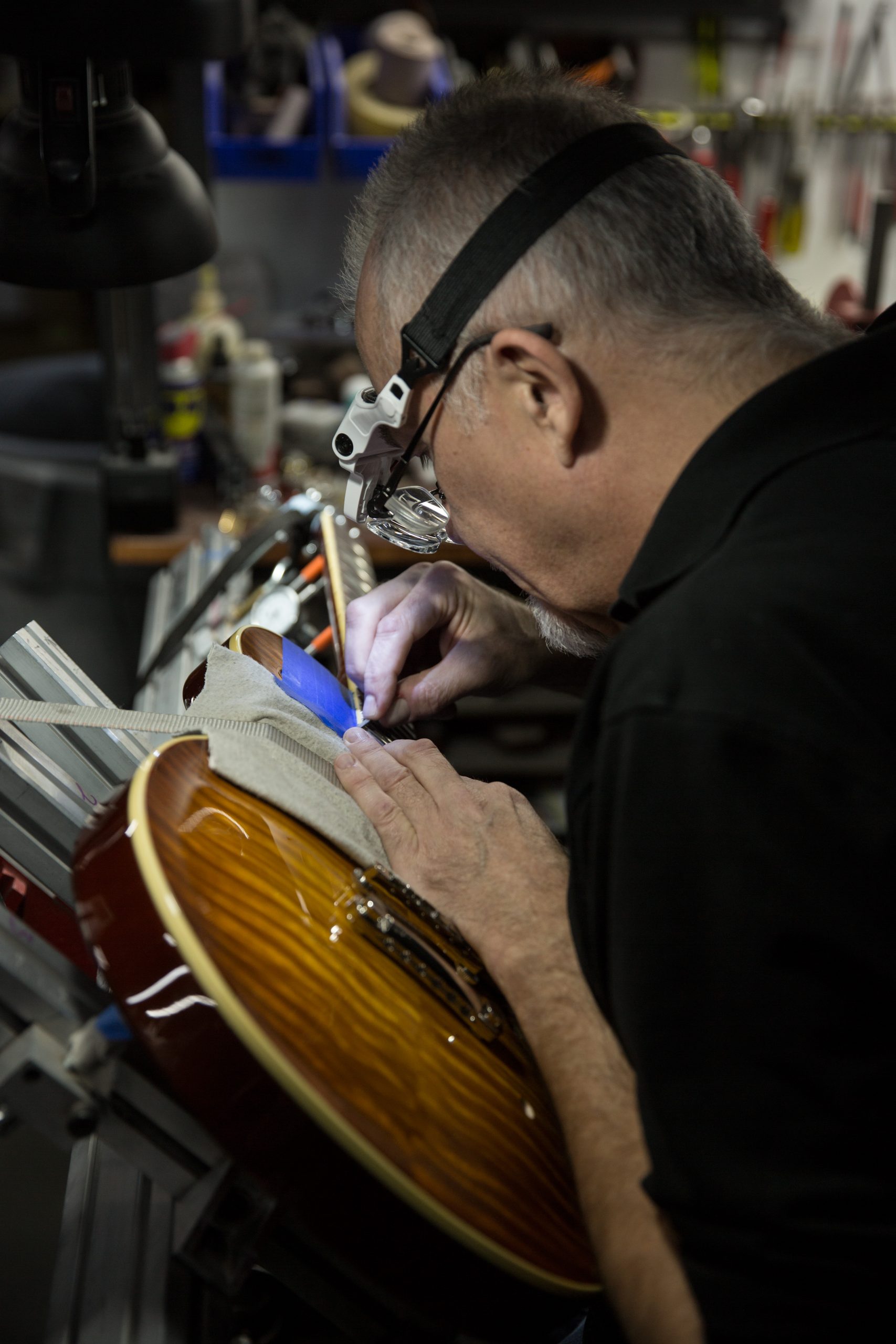 When we initially announced the Suhr Aura 20th Anniversary model, production was set to begin in Summer 2018 and start shipping in Fall 2018, with a goal to complete all 100 guitars in one year. We are pleased to report that we reached two of these goals, as the first Auras began reaching customers last fall. After seeing what we can do and how production is shaping up, we now anticipate it taking longer than one year (Fall 2019) to deliver all 100 guitars. We hoped to have more Auras out in the wild by now, however, maintaining the standards that Suhr has become known for is not an exercise of speed. The quality of our instruments remain the number one priority of the company, so rather than rush to try and hit a particular date, we prefer to take a little extra time to ensure things are up to the standards that the Suhr name represents.

John Suhr is personally involved throughout the entire build process of each Aura. In addition to passing on his knowledge to our craftsmen here at Suhr, John is performing all of the fretwork himself, by hand, making our 20th anniversary something truly special.

To all of those who ordered an Aura, we want to thank you for your support and patience. Please know that we are working hard to build them as quickly as possible without sacrificing quality. Upon receiving yours, we are confident you will feel it was worth the wait and that the Aura is one to last you a lifetime.

If you have any specific questions regarding the status of your Aura order, we recommend reaching out to your authorized Suhr dealer for more information. As we continue to make progress, we will be posting updates to our blog and social media channels, so stay tuned!