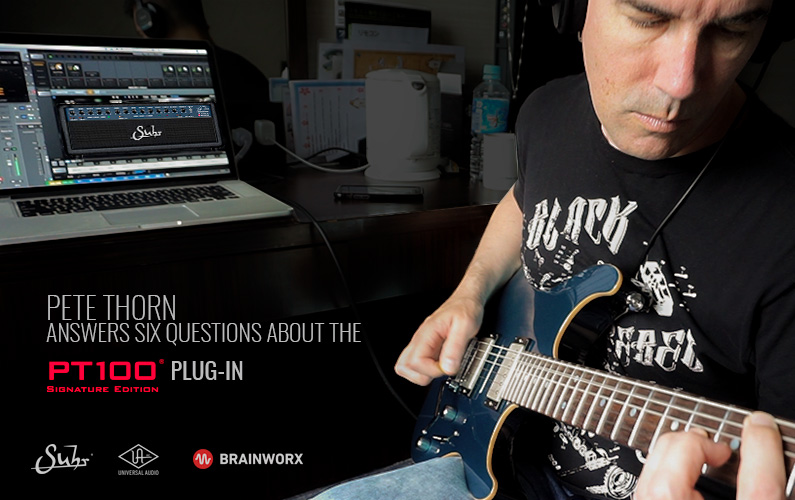 With the recent release of the PT100 Plug-In for the UAD platform, Pete was kind enough to answer a few questions about the exciting experience of developing and using a software version of the PT100 amplifier. 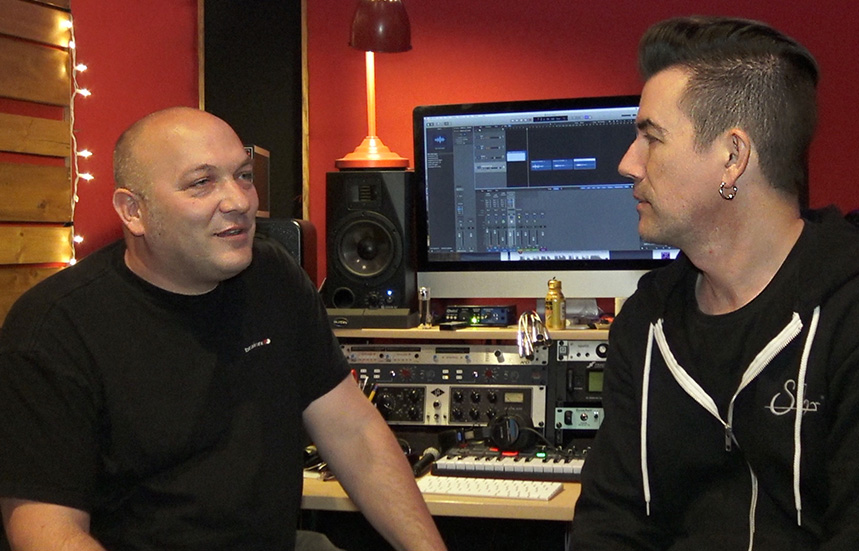 Q: Tell us a little about the development process. How long was the process and what concerns did you have?

Well, if both my name and the Suhr name were going on it, it had to be accurate, true to the tone and feel of the original amp, primarily it just had to sound great. Another concern we definitely considered was whether or not having a Plug-In version would impact amplifier sales. Maybe if some guitarists got the Plug-In version they won’t be interested in the real amp, that sort of thing. I think we have all realized that with Plug-Ins, it’s really a different type of product, mainly for studio use, and if anything, it will probably inspire players to want to try the real thing, for live use, etc.

Q: Prior to the development of the PT100 Plug-In, what experience have you had with other software amplifiers?

I’ve tried almost everything available for UAD. I am a big fan of the Brainworx Plug-Ins, I like their EQ’s, and the DS40 (Friedman amp Plug-In) is something I’ve used to great affect on a number of pedal video demos. Dave Friedman is a friend and he told me that he was personally really knocked out by the Brainworx Plug-In versions of his amps. He felt they’d done a great job, so I was really confident the PT100 Plug-In would turn out great.

Q: What was it like when you first fired it up? What were your initial impressions and how does it compare to the real thing?

My initial impressions were it really captures the tone and feel of the original amp quite accurately! I’m used to hearing my amp mic’d and through headphones or in-ear monitors, and the first time I heard the Plug-In was in a hotel room through my Sony headphones, which I know really well. And it felt and sounded and operated like my amp, really familiar. The amp controls, the sweep of the pots and range of them and everything, struck me as very accurate. The PT is an amp that you can set everything on 5 (except maybe the master volumes) and it’ll be a great starting point. I did that, and then just tweaked every control a bit, really as I would the real amp, and found my tones quickly! 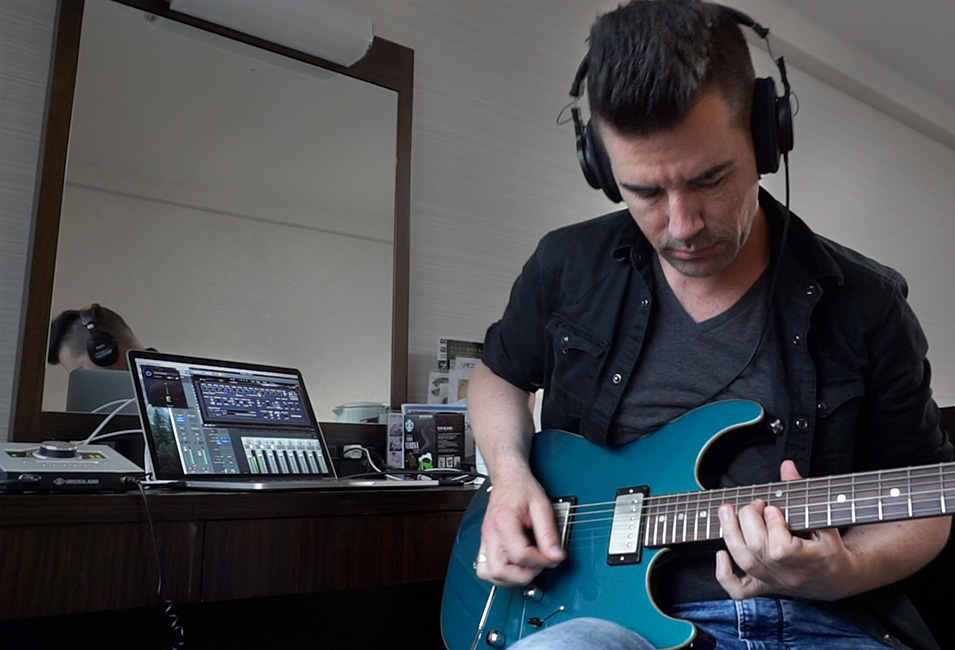 Pete tracking with the PT100 Plug-In on the road.

Q: In what situations do you think the PT100 Plug-In will be beneficial to Guitar Players, Producers etc.?

Recording, and I don’t mean just home or demo recording- I used a Plug-In (different ones, before the PT was completed) for a few tones on my new album, and I’ve had some folks ask, “How’d you get that cool tone?” Well, it’s a Plug-In! So, you can use this thing for professional work! Also, you can track through it, but not record the Plug-In. So, you are listening to it as you play, but the part getting recorded in your DAW is just D.I. guitar. The advantage to this is you can re-amp and change the tones in the mix to your hearts content. It’s also great for practice. There’s a ton of uses!

Q: What unique features does the Plug-In bring to your amplifier that you are most excited about?

There’s a nice built in lo-fi basic delay. There’s a huge range of speaker cabinet IR’s to pick from and a noise gate, which can sometimes be useful. With the Plug-In, you can crank up the masters higher than I normally would on the real amp and get some power tube saturation and thickness going.

Q: Now that the PT100 Plug-In is available, what hopes do you have for this incarnation of your amplifier.

I hope it finds its way into many recordings and inspires folks to seek out the real amp and give it a spin! We’ve got more exciting amp news and developments coming soon, so I really hope this just raises interest in the Suhr brand. I’m really proud of the things we have done and will continue to do. I just want to keep moving forward, making cool gear that helps inspire guitarists everywhere to play their butts off!