An Interview With Ian Thornley Of Big Wreck 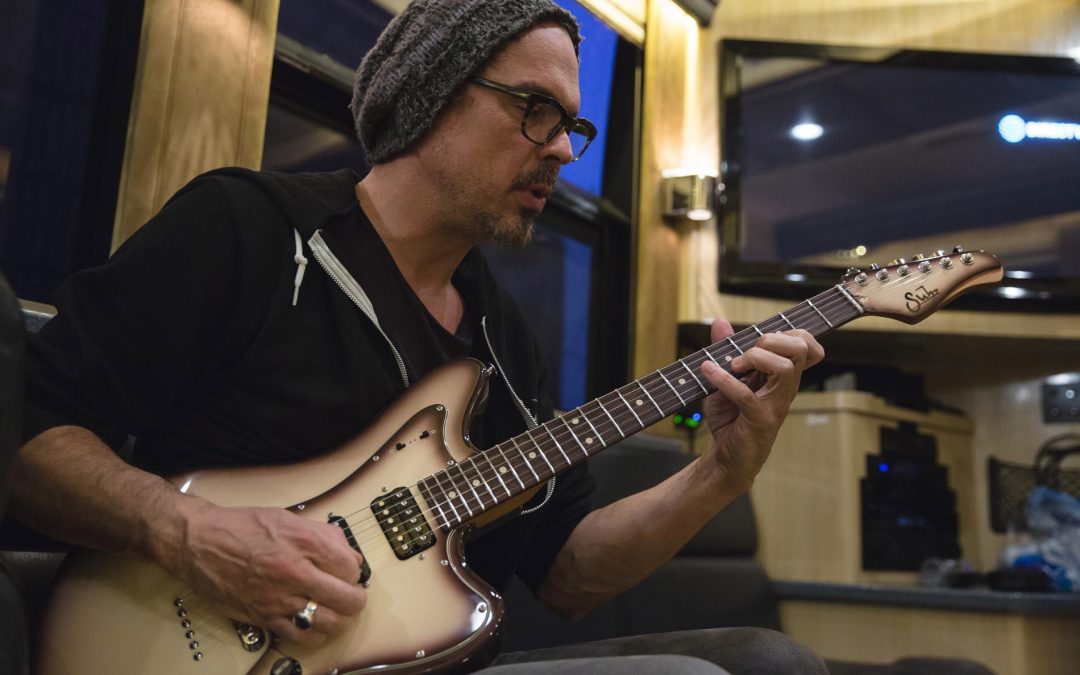 We caught up with Ian Thornley at the final performance of the “In Loving Memory Of – 20th Anniversary Tour“. Ian is the primary songwriter, vocalist, and guitarist for the multi-platinum Canadian rock band, Big Wreck. He has earned the reputation of a phenomenal guitar player and we were thrilled to spend some time with him chatting about music, recording, touring and all things Suhr.

Thanks to everyone who submitted questions for Ian on our social media channels. We hope you enjoy the interview!

It’s now 20 years since the release of In Loving Memory of…, what are the first things that come to your mind when you think back to the writing/making of that record?

I think it was more about the people, places and being a 23 year old kid writing tunes and sleeping on a lot of floors. During that period I remember always having a guitar nearby to capture any ideas that would pop out here and there. As for the music, some of the songs that we are playing this time around have been performed with different bands and Big Wreck while others haven’t been played live since maybe 2001. Those are the sort of little memories that have been buried under rocks for so many years. But ultimately its just about people and places.

Where was the album recorded and how long did the recording process take?

We recorded it in Toronto at a little studio called Presence that I don’t think exists anymore. But it was a tiny place that just had this vibe and a great sounding Neve recording desk. The demos were recorded so that we could use it to shop around and get a record deal. In the end it was the demos that ended up being the actual record that Atlantic put out. The process didn’t take long at all. We worked pretty quickly. I like to move fast, and feel that if you dwell on something too long you could end up losing the moment. Once you have all your stuff down then you can start focusing on the finer details.

Since the recording of that record, how has your approach to writing/arranging/ recording songs changed if any?

It’s changed a lot and I think it’s because of technology. I have this small Pro Tools rig at home so it’s basically me with a guitar and a computer putting it all together. I think “Ghosts” was like that, where most of my demos are flushed out and I spend a lot of time, editing drums and working on bass tones. There is something really exciting about that process. Working in a big studio with expensive mics and cool gear is great but it still doesn’t have that certain vibe. Back in the day the band would develop songs during a rehearsal or sound check. There’s something to be said for the stuff that happens on the spot, there’s a freshness to it. Unfortunately the budget for making a record today just isn’t there like it used to be. 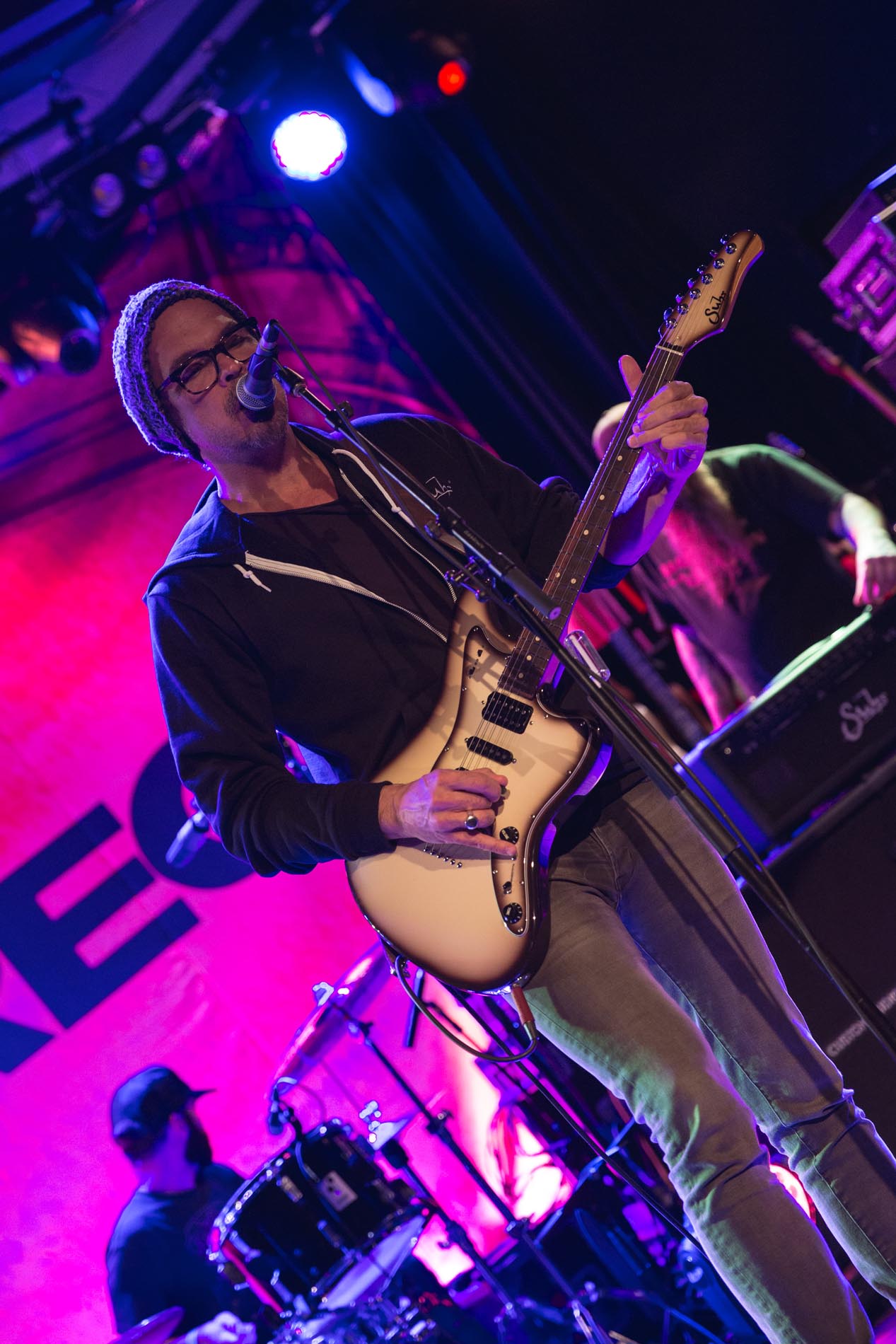 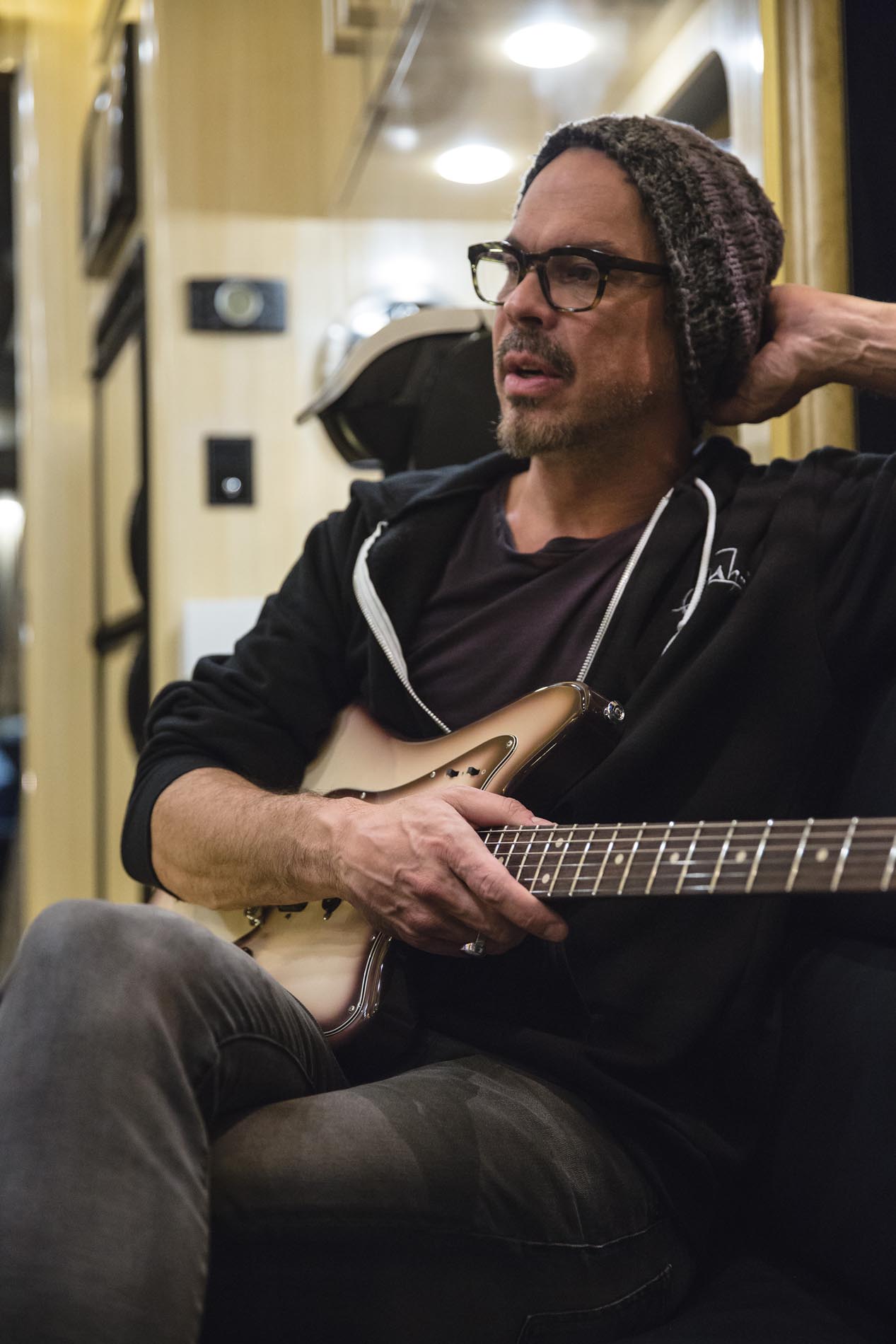 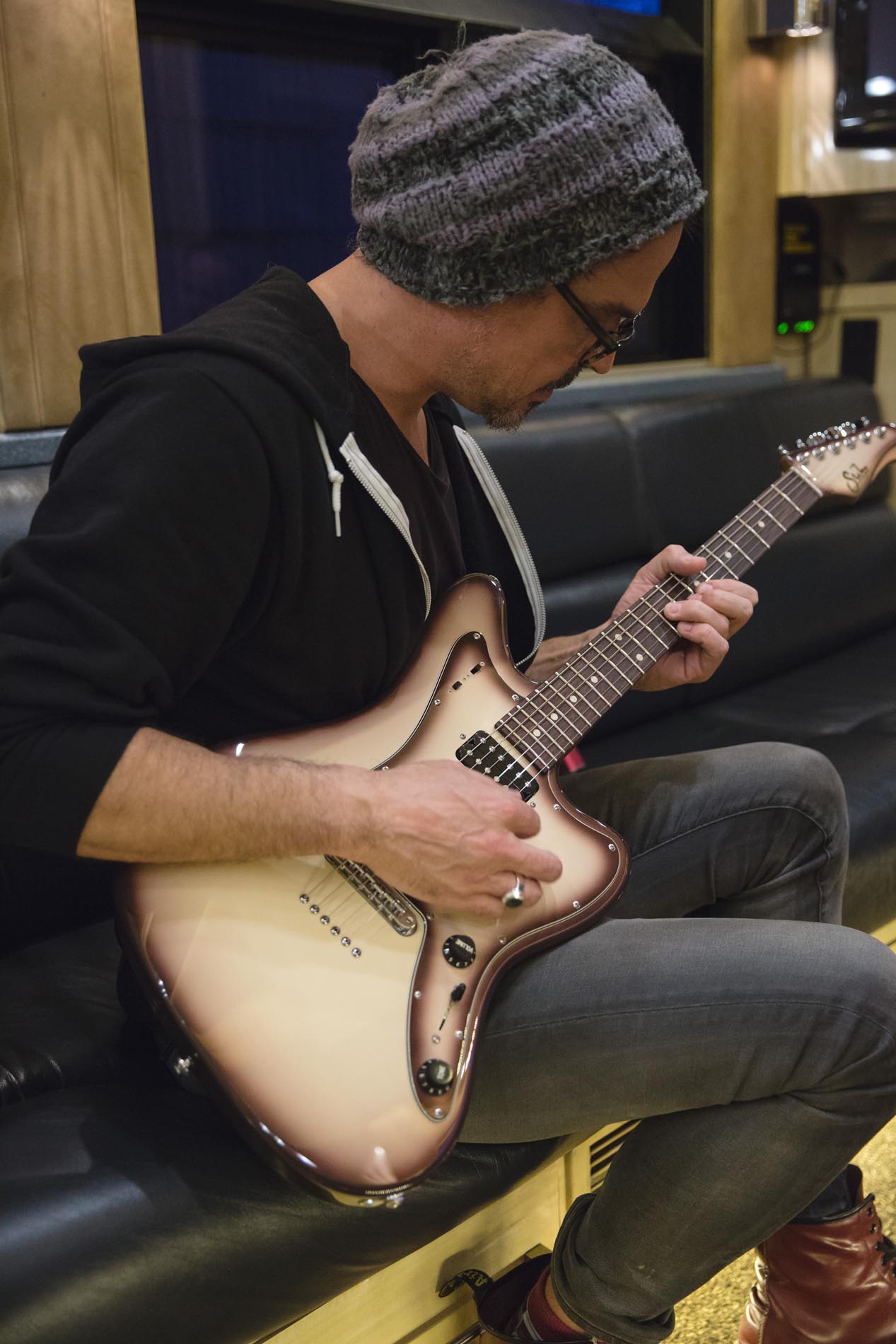 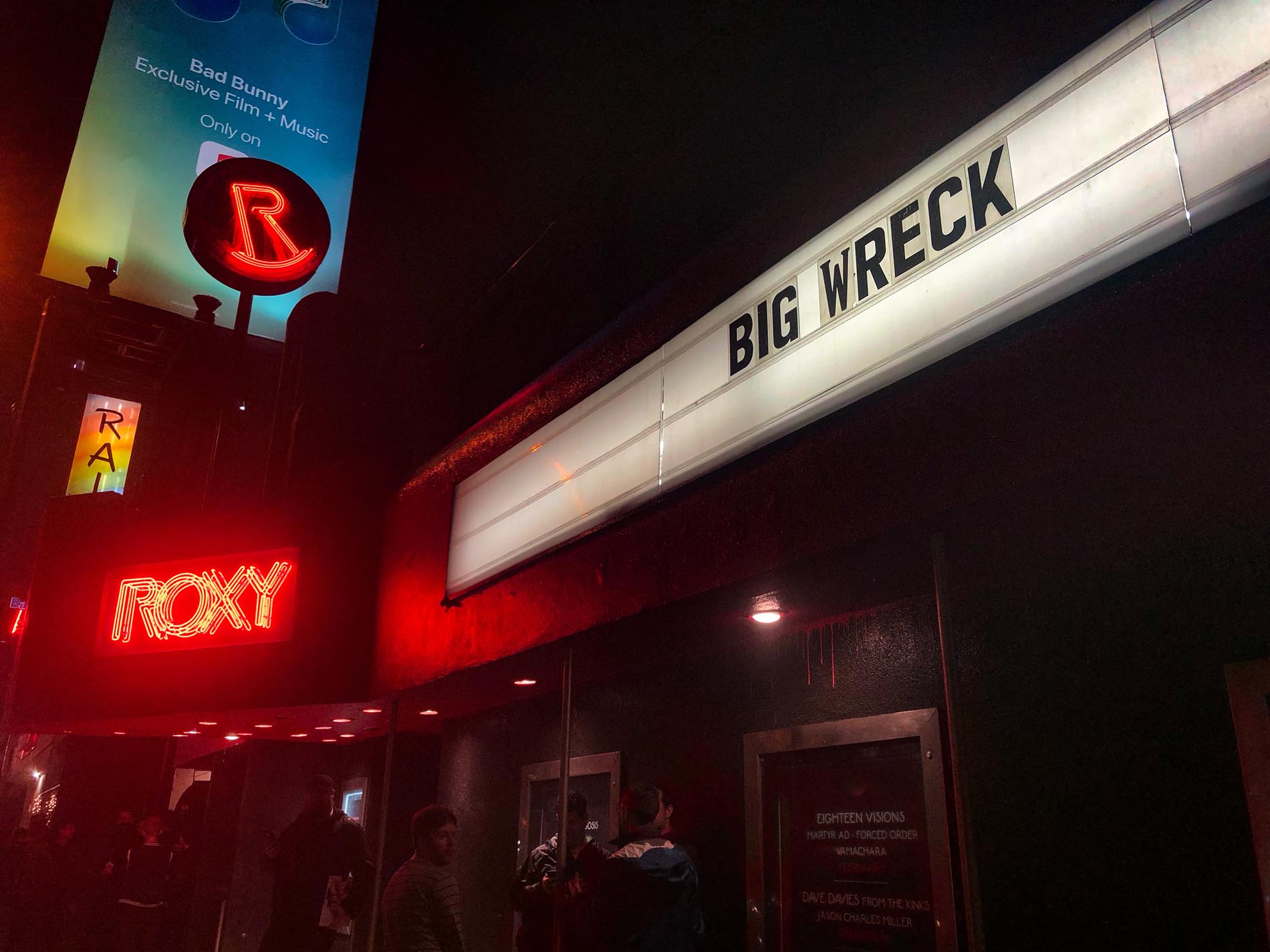 Is it ever difficult working with multiple guitarists in the band? What determines which part each band member plays?

Not particularly, its usually pretty self explanatory. Our records have multiple layers of guitars on them and I’m not talking about one part and doubling it, there are lot of counter point parts that are played within a song. It’s usually during rehearsals that we establish a way to play the two most important parts so that the song is not much different from the original recording.

What have been your favorite songs to perform from that record on this tour?

I think “By The Way” because we have never done it before. That song was written as I was sitting on a couch toward the end of our time in the studio. I quickly pieced together this little riff on an acoustic and recorded it. I don’t think Forest was around so I said “I’ll play the drums”. We didn’t even mic up the kit, we just used the vocal mic that was facing the other way so if you listen closely the drums have this big roomy sound to them.

How far do you go in trying to recreate the guitar tones you played in the studio? Any tricks or advice?

Well nowadays it’s a lot easier. For example the reason we never performed the song “By The Way” is because there’s feedback throughout the entire length of the song and then when the part doubles with the acoustic it still rolls over into feedback again and how do you control that in a different room every night.

Is there one piece of gear you can’t live without? Do you have a favorite guitar effect and/or pedal?

Not really, there are tools. Take picks for example, I can say I like the Dunlop Jazz III XL but as of a couple nights ago that is no longer the star of the show. I love it all and when I find things that I like its really great. Sometimes a piece of gear that works at home might not work well in your rig or with the band. You just got to find what works for you. Any time you try things out there’s always an adjustment. Like with all things you have to keep an open mind and you know when something is good and its quality. Always remember its always in the hands.

So it seems your fans are aware of a secret pedal that you are working on? Care to elaborate?

If it’s a secret then no, hahaha. We did this live Facebook thing where someone wanted to do a run down of my gear and I was like okay don’t talk about that and don’t look at that. Then Shane (my tech) placed his hand over the pedal.

What gear did you bring on tour this time around and why?

For amps a Suhr PT100 and Hedgehog 50. For effects I have an AXE-FX II XL that I use for all the time based stuff, leslie, delays, reverbs and a bunch of pedals like the Suhr Koji Comp and Koko Boost, Pigtronix Disnortion and Class A Boost, I think that’s pretty much it.

The way this rig is designed really works because it’s versatile. The PT100 is always on and I’m switching between channels one, two and three depending on the gain and the volume and I have pedals in front of that and the AXE FX in the loop. For the dirty stuff the Hedgehog 50 is always in overdrive mode with the boost on then I use a Dunlop volume pedal to blend it with the PT100’s clean sound or just go dirty then floor it once you have two giant sounding amps set to stun and its quite a thing. The clean tones are a combination of the PT100, with a Koji in front of it with a little bit of schmoo from the AXE FX II XL. I think schmoo is a technical term for reverb, isn’t it? LOL. 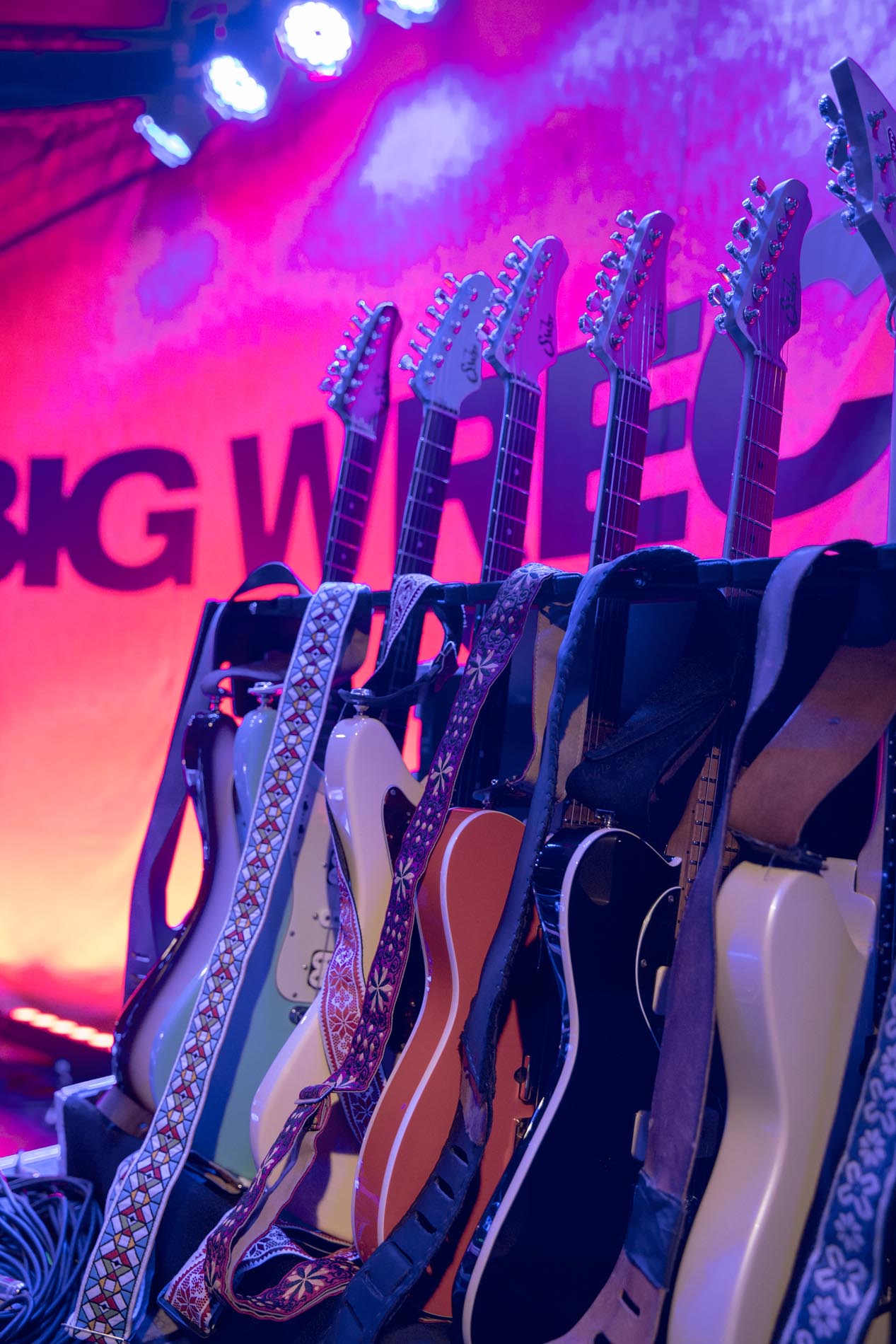 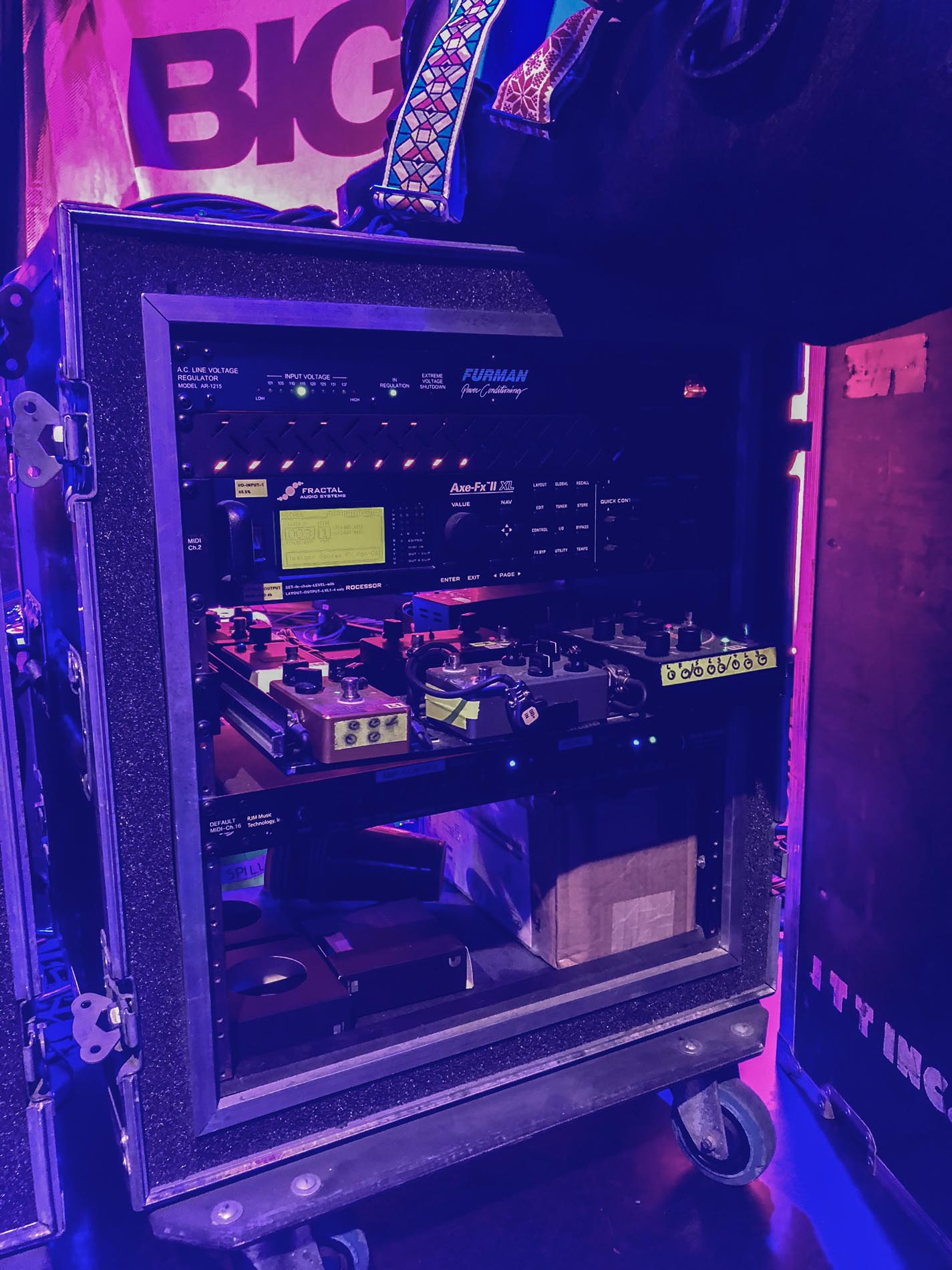 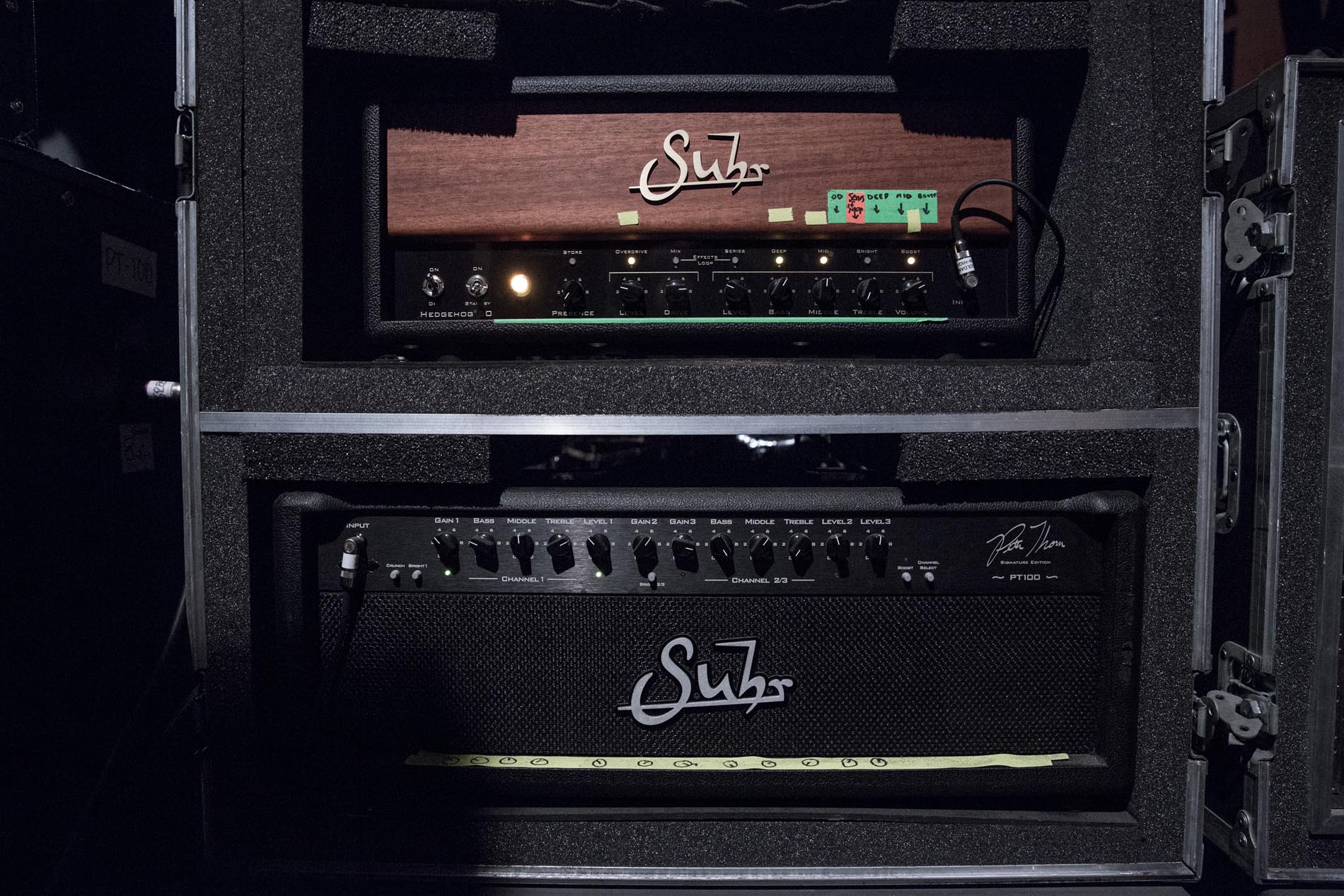 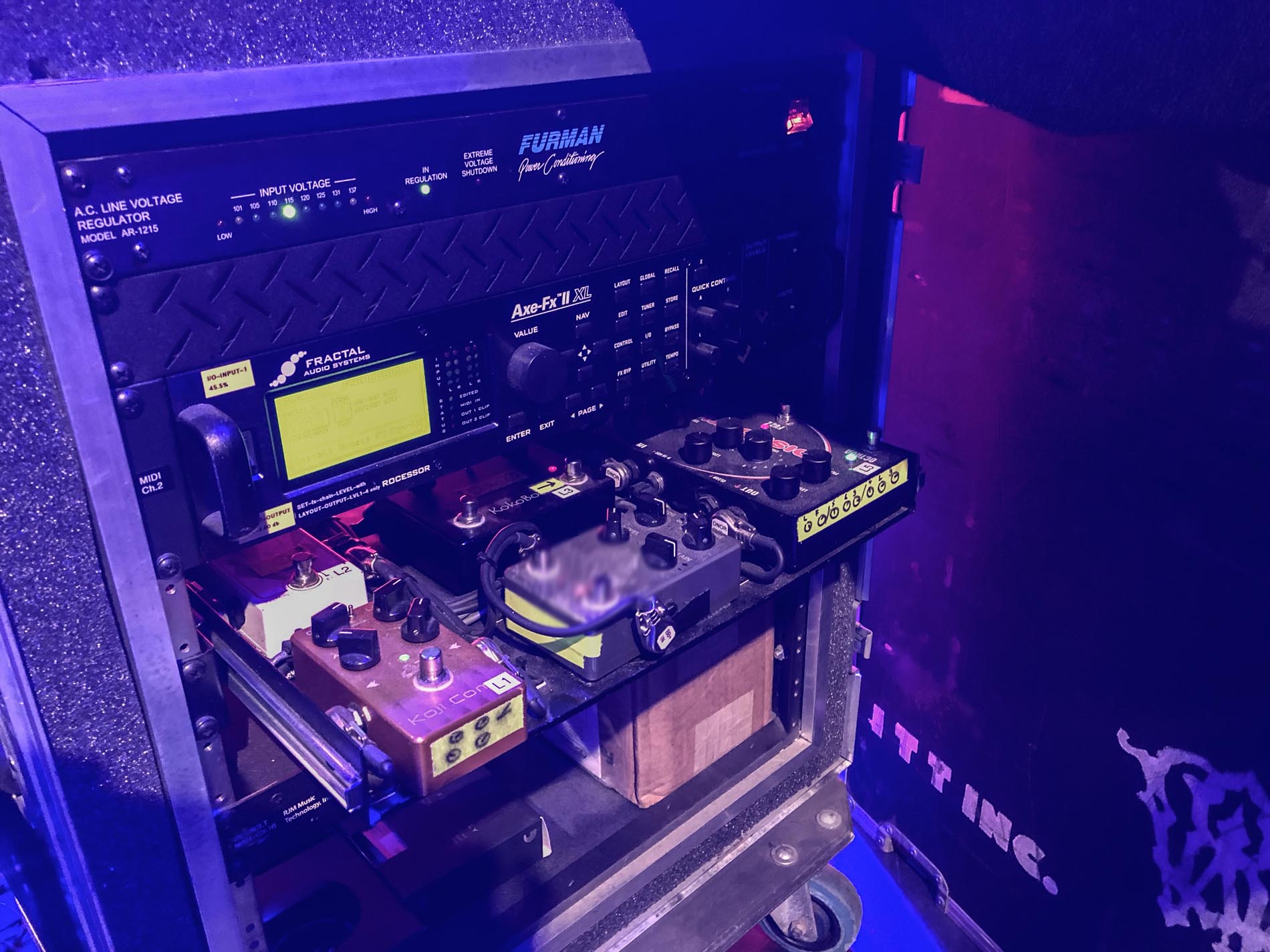 With so many guitar brands available, what is it about Suhr that stands out for you?

Quality and attention to detail. The innovation on the classic thing that doesn’t need to be re-invented but improved. That to me is the way that I see it and that just makes sense to me. And you know as soon as you pick one up. People ask me that all the time on the road during meet and greets and people say “we can’t get Suhr guitars here, but I was thinking about buying one online” and I’m like you can buy them sight unseen. As soon as it arrives you can count on the fact that its going to be great. Some of the old Strats* and Teles* are cool but then your paying serious money for a ’63 and its not one of the good ones. You know what I mean you run that risk.

What are your thoughts on single-cut guitars? Any chance we will hear Aura on the next Big Wreck record?

I love single cut guitars. I go through phases where I have one Les Paul*, an old Gold Top in particular that I adore that I always go back to playing but I’m hesitant to bring that on the road cause I’ve owned it for over 20 years. If I’m lucky enough for one to come my way then of course it will be on the record.

What’s next, a new album? If so, any thoughts on the direction or vibe?

It’s too early to say. There is a concept that I have been throwing around that everyone seems to be turned on by, so we will just leave that at that.

*Strat and Tele are trademarks of FMIC, Les Paul is a trademark of Gibson. 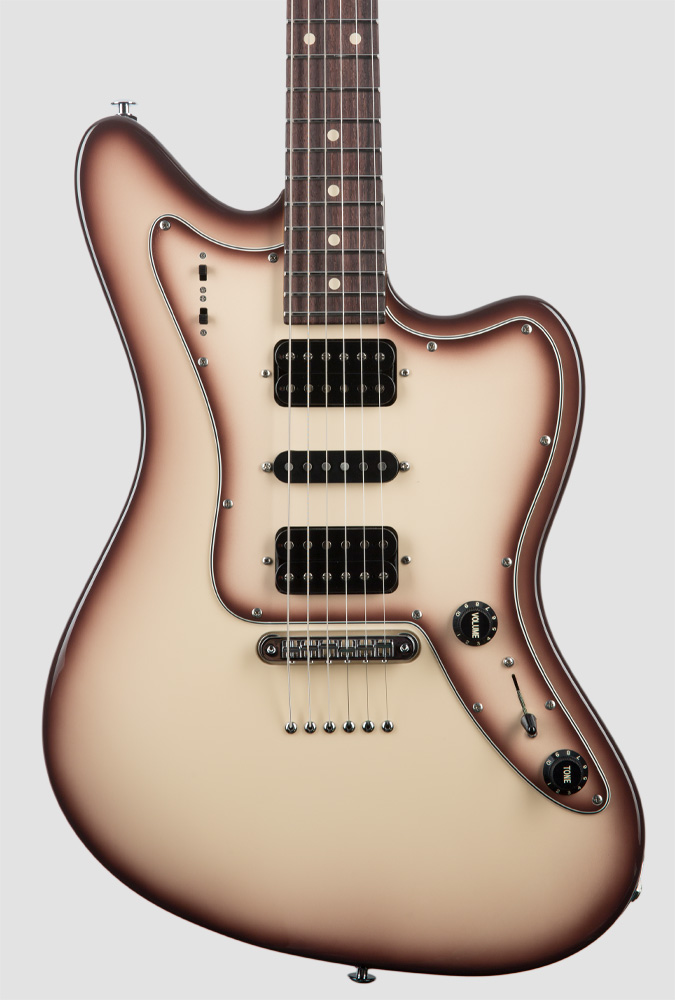 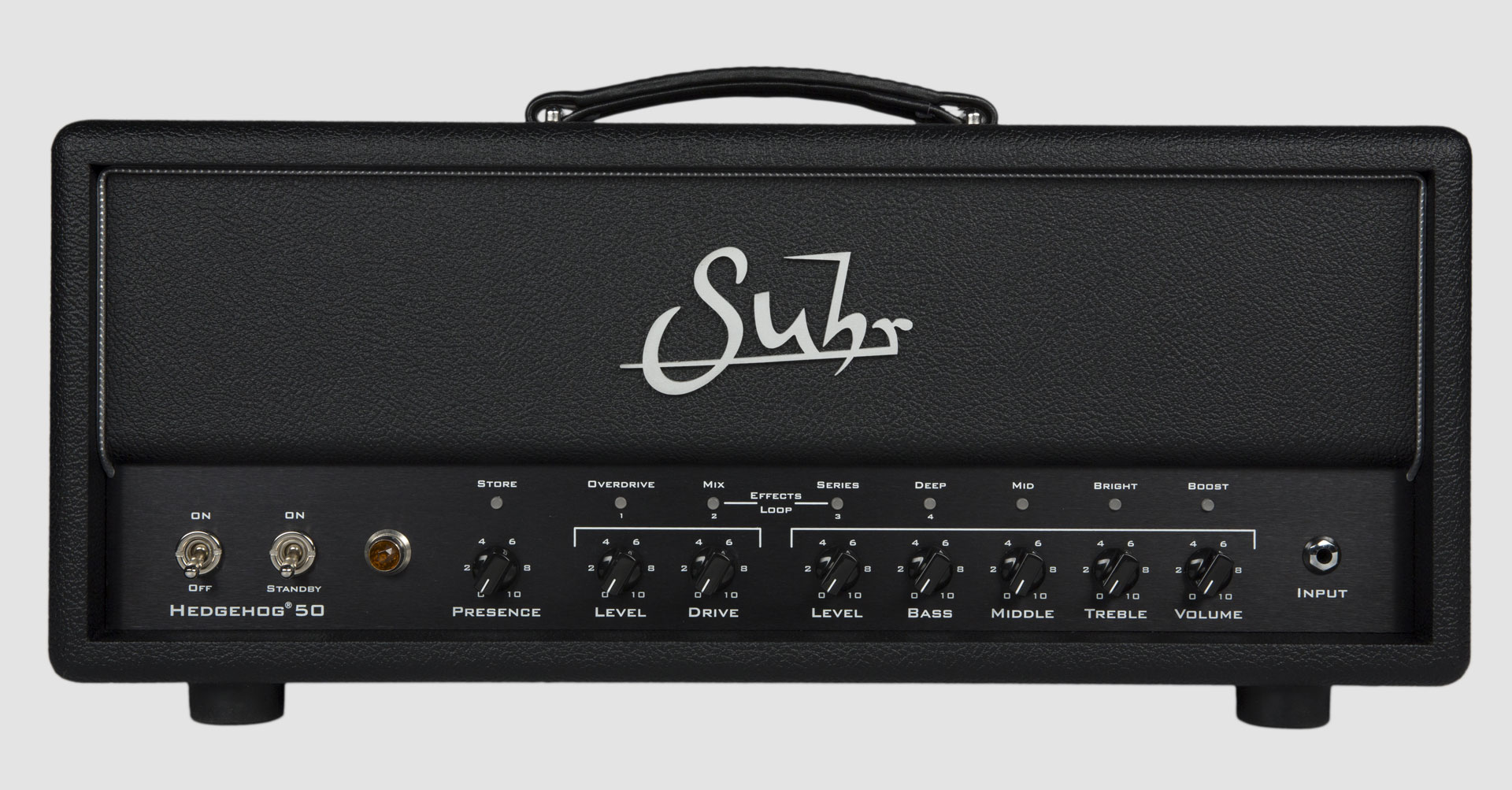 The Suhr Hedgehog is a hot-rodded american sounding amp with modern features and flexibility. The Hedgehog’s unique ability to select and program overdrive, voicing and effects loop options offers players a myriad of clean and overdriven tones from a single-channel amplifier. 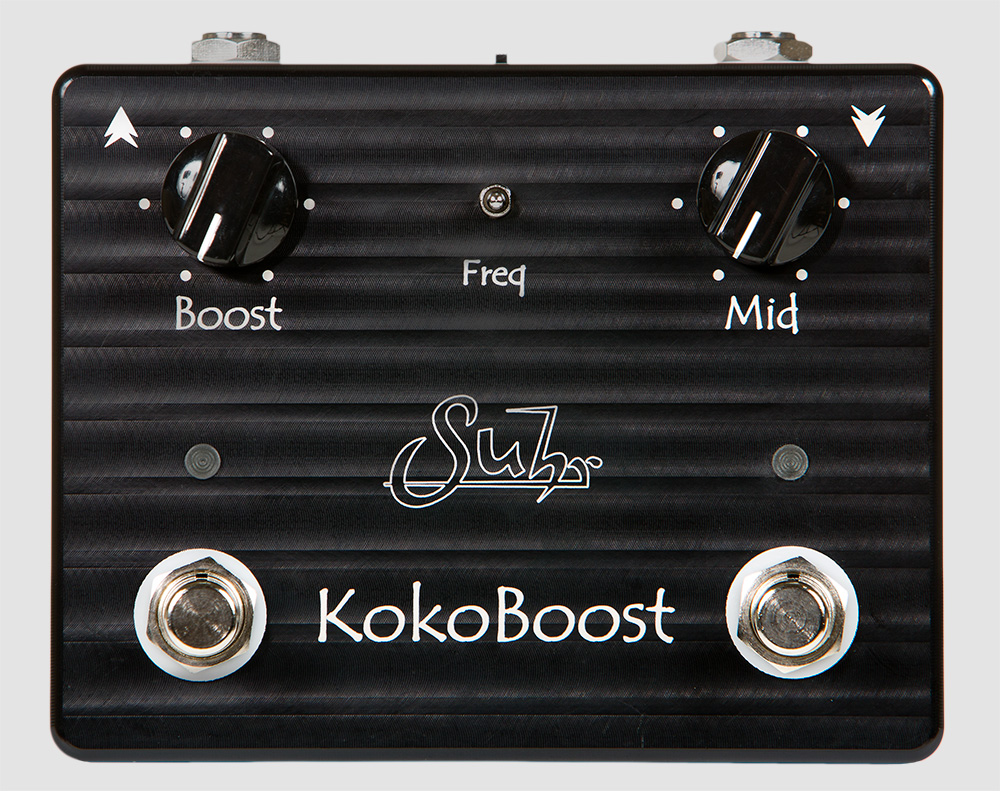 Koko Boost is a unique boost pedal that incorporates both a clean transparent boost and a selectable midrange boost. Koko will expand the range of your tube amplifier and Overdrive / Distortion pedals. Koko Boost features an easy to tweak layout which includes Boost and Mid knobs, plus a Freq (Frequency) select switch. 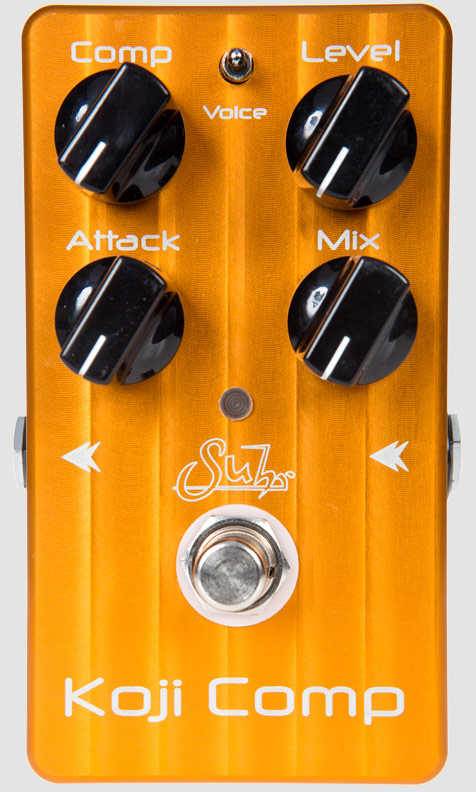 With a simple twist of the Mix control, or flick of Koji’s Voice switch, you can easily create a limitless range of compression effects. Whether you choose subtle, transparent compression for smoothing out your rhythms, or dial in warm and squishy tones to take you into R&B and Country territory the Koji Comp is possibly the last compressor you will ever need.